Why I Believe The Bible Is The Word Of God

There are five things that convinced me that the Bible is the infallible and inerrant Word of God. It is the one book I can believe in, and base my life and future upon.

1. Its Accuracy. It is completely reliable, historically, scientifically, geographically and in every other way. Archeological discoveries prove the places and names mentioned in the Bible over and over again. The Dead Sea Scrolls written thousands of years ago are currently available to view in the Shrine of the Book in Israel. They were written in the Hebrew language which is the same language used today in Israel. The readings of these scrolls are practically word for word the same as our most reliable modern day translations.

The Bible declares how the stars are innumerable (Jeremiah 33:22). At one time scientists thought they knew how many there were, but today they concede that indeed the stars cannot be counted. The Bible supports the earth being round and suspended in space when scientists once declared it was flat (Job 26:7). The Bible also reveals how the water cycle works from sea to land and back to the sea (36:27-28).

President Abraham Lincoln said of the Bible: “This great book is the best gift God has given to man. …But for it we could not know right from wrong.”

2. Its Relevancy. It still works. The principles work as well today as they did 2,000 years ago and they work for people of every color, race and nationality on the face of the earth. Apply its principles to any part of your life and see what happens. Manage your money the way the Bible says: tithe, save, provide for your family, and give to the needy and you will prosper. Test God’s Word on your job. Follow the Bible’s code of conduct for work: be honest, be on time, be efficient, and you will get promoted. Test the Bible in your relationships and walk in love and forgiveness and you will develop good friendships and have peace.

Most of all, the Bible shows you the way to salvation and eternal life through Jesus Christ our Lord: “From childhood you have known the Holy Scriptures, which are able to make you wise for salvation through faith which is in Christ Jesus” (2 Timothy 3:15).

William Gladstone, Prime Minister of England, stated: “I have known 95 of the world’s greatest men in my time, and of these, 87 were followers of the Bible.”

3. Its Longevity. It’s still around. People have tried to ban it, burn it and belittle it but it is still the world’s best selling book every year, year in and year out for well over 300 years. The Bible is the most widely published and translated book in history, available in over 2,300 different dialects. Why? Because it’s true, it makes sense and it works!

President Dwight Eisenhower, said, “The Bible is endorsed by the ages. Our civilization is built upon its words.”

4. Its Prophecy. “And now I have told you before it comes, that when it does come to pass, you may believe” (John 14:29). The Bible is History written in advance. There are 300 prophecies pertaining to Christ’s first coming, all of which were literally fulfilled in the birth, life, ministry, death and resurrection of Jesus Christ.

One scientist worked out the chance factor of just 8 of these prophecies being fulfilled in the life of one man as being 1 in 10 to the 13th power, which is said to be like covering Texas with silver dollars 2 feet deep, marking one coin in the pile and then having one blind man walk through the coins and pick out the marked coin with his first try. For a single man to fulfill 48 prophecies the chance factor is 1 in 10 to the 157th power. Imagine how impossible it would be for one man to fulfill all 300 of these prophecies. There are over 500 prophesies pertaining to the second coming of Christ, many of them already fulfilled and the rest are being fulfilled every day.

Queen Victoria asked Benjamin Disraeli, her Jewish Prime Minister to give her one verse of scripture that would prove that the Bible is true. “He said I will give you one word: Jew.” If the devil could destroy the Jewish people you could throw your Bible away because it’s not true. The return of Christ is centered on the fact that there are a Jewish, Hebrew speaking people, living in the Land of Palestine at the return of Christ.

The Bible prophesied the destruction of Jerusalem, the scattering of the Jewish people all around the world and then in the last days that God would bring them back together as a nation, in the land of Palestine, and He would do it in one day. “Shall the earth be made to give birth in one day? Or shall a nation be born at once? (Isaiah 66:8) It happened on May 14, 1948 that Israel was declared a Sovereign Nation in fulfillment of many scriptures.

Christianity is not a blind, ignorant belief in an unknown god; it is an intelligent faith in a living God. People don’t reject Christ because they have studied the facts; they reject Christ because they are unaware of the facts. After studying Bible prophecy and its fulfillment's, you have to intentionally disregard reason to not believe that Jesus Christ is the Son of the Living God.

5. Its Power to Change Lives. Amazing Grace how sweet the sound, that save a wretch like me. I once was lost but now I’m found, was blind but now I see. These are not just the words of the world’s best known song. Amazing Grace is the testimony of John Newton the captain of a slave ship after he repented and received Christ as his Lord and Savior. Christianity can do more than just put a new set of clothes on an addict; it can put a brand new man in that set of clothes. Jesus specializes in taking nobodies and making somebody’s out of them: “If anyone is in Christ, he is a new creation; old things have passed away; behold, all things have become new” (2 Corinthians 5:17).

Only Jesus can heal the broken hearted, set the captives free and empower them to live a life of clear purpose and divine passion. The greatest witness for the proof of Christianity and the power of the Gospel message is a real Christian. It is our completeness, our certainty, our wholeness, our sense of security, our lack of the fear of death and our victory in life through Christ that is so compelling: “Therefore if the Son makes you free, you shall be free indeed” (John 8:36).

"The Bible is the book above all others, to read at all ages, and in all conditions of human life." 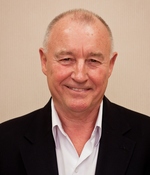