Referring to the Church as the “Army of God” is not uncommon, as illustrated by the words of a favorite old hymn “Onward Christian Soldiers”. Years ago, the Lord impressed on my heart that Christians like soldiers should be trained, as for war, and if they are not engaged in a battle they will eventually fight each other.

A major function of leadership is to keep a vision and mission for growth in front of the people. This will help keep the church alive, focused and moving forward.

Vision is a key: A core Victory verse is Proverbs 29:18 KJV “Where there is no vision, the people perish” or as the NLT says “they run wild.” The first step towards growth is to obtain a vision from God. We serve a big God and the ultimate fulfillment of the Vision will be grand! With that said, the initial steps towards a great vision are often small.

“Christians, like soldiers, should be trained as for war...”

Start small and build: A leader must accomplish some small victories first in order to build their own confidence, and then they can inspire the hope and trust of others.

King David first killed a lion and then a bear in his preparation for Goliath. Years ago in Regina we established two Sunday services in our church. There was fear and trepidation, but we pulled it off and the church grew!

After a season of growth, I moved the whole congregation into a movie theatre. This move was met with less resistance and more faith, simply because our previous victory had built more corporate confidence.

Release vision incrementally: Blurting out new vision weekly will hurt your leadership more than it will give inspiration to your followers. Speak methodically to different levels of authority and influence within the church. Build consensus, hope and faith. Involve others in the fine-tuning of the vision.

You are preparing an army for battle, so move forward decently and in order. It doesn’t have to be slow, but it should be well thought through and executed with excellence. 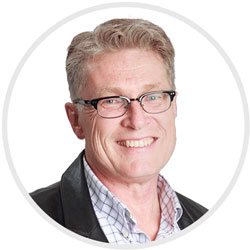