A prophetic word for Victory Churches

There has been an Alignment in the realm of the Spirit that is parallel, both in the nation of Canada and Victory Churches. If we use the life of David, as the process of transformation, we see 3 distinct seasons.

David was first anointed when he was very young to be king. This anointing was futuristic in nature. It was a Prophetic Anointing. He was anointed to be king, yet he was trained with the sheep.

David’s second anointing was Priestly. He had to learn to praise God under pressure. When things didn’t look good and did not seem like they were progressing toward the throne, he learned to keep his character and love for God despite what it appeared to look like in the natural.

“We are Anointed for Breakthrough!”

Finally, David, in his third season of life became king over all Israel. This third anointing he received was a “Breakthrough” anointing. An anointing received by complete humility and reliance on God. 2 Samuel 5:20-25 An anointing to be flexible and see great success on every front. Both this nation and Victory Churches are coming into their third season. The season of Breakthrough. In the beginnings of Canada and the first 20 years of Victory, everything pointed to a glorious future. A future of government, media, and educational influence. The Word of the LORD was clear “Canada would bring healing to the Nations of the world” and Victory Churches would shape the nation.

However, then both Canada and Victory Churches would have to enter their second season respectfully. As a season of attack and moral decline, where it seemed like there were battles on every side. Nationally, the church has had to decide to be the priest for the nation and Victory Churches has had to decide, as well, to love GOD, righteousness and remain clear to the vision and mandate to “Reach, Teach and Mobilize”. This second season, in David’s life, almost wiped him out until the Anointing to “Breakthrough” came. Canada has gone through major identity issues with the unborn and transgender issues, but the church has stood as Priest. It’s our time to Breakthrough.

Victory Churches, in these last 20 years, has had to stand in it’s priestly call, in this nation, and it appeared at times we could not stand, yet we persevered. It’s now Canada and Victory Churches time to “Breakthrough” For Victory Churches, we are entering our third set of 20 yrs. that will cause us to be what was originally spoken 40 years ago. An influence in Canada. As for Canada, the pressure has been so great against our identity and the next generation because it’s our time to bring “healing to the nations”.

Let’s Arise and bring the “Breakthrough” that is now here!

A breakthrough against all our frustration, opposition and enemy strategies.

We are Anointed for Breakthrough! 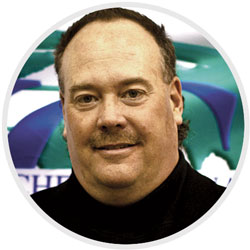