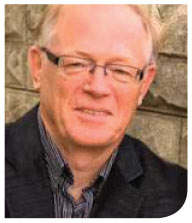 In the wilderness of Judea stands a hairy figure, carrying the “spirit of Elijah”. Fiery, passionate, and commanding, he is ‘The Voice’. Four-hundred years of silence are shattered as a prophet opens the New Testament. The New Testament closes with a revelation given to John on the island of Patmos , a rude rock jutting out of the blue Aegean sea. Seven times to seven churches the warning is given to heed ‘the voice’. “He who has an ear, let him hear what the Spirit says to the churches.”

Just as the prophets were used in Biblical times, the five-fold prophets are still used by God today to carry ‘the voice’ of the Spirit: to warn, foretell, call to repentance, encourage, strengthen, and discern times, seasons and spiritual climates – all for the purpose of enabling the church to be more focused and effective.

"A prophet in the church can not afford to be a 'Lone Ranger', but part of a team to which he or she is accountable".

A five-fold prophet could easily serve in any level of church leadership. But they will almost certainly have some predictable characteristics. A prophetic leader will carry a strong sense of righteousness; they tend to be black and white, perceiving things as right or wrong. Prophets carry a fiery passion and can sometimes speak words abruptly without evaluating their impact.

But they love intimacy with God and often move strongly in prayer and intercession. And they can tend to be loners who must guard themselves against isolation.

A prophet in the church can not afford to be a Lone Ranger, but part of a team to which he or she is accountable. Lack of relationship and accountability can produce immaturity, resulting in a judgemental superiority, missing the balance of mercy and truth. The message to the church of Ephesus (Rev. 2: 1-7) contained a rebuke: they had left their first love. Before the rebuke came praise - after the rebuke a promise - the balance of mercy and truth. They received correction that provided direction without condemnation. In this we see the love of God at work through the spirit of the prophetic. 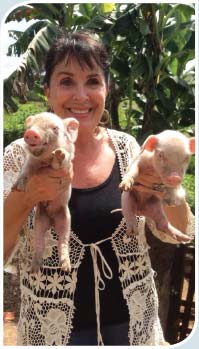 With funds provided by Victory Missions, the Victory Family Home of Champions, Rwanda has taken some big steps toward becoming financially independent through the purchase of several pigs. Along with chickens, rabbits, goats and a milk cow, enough funds can be raised through marketing produce to offset many of the operating expenses of the home.