THE FAITH OF THE POOR

THEIR VOICE - Proverbs 31:8 says “Speak up for those who cannot speak for themselves, for the rights of all who are destitute”.

Being amongst the poor is the only way to be a voice for their plight. Recently our Eastside Church was featured in a news story about providing an alternative to the prostitution problem in Forest Lawn. Because our church had a ministry providing showers and counsel for women trapped in this lifestyle, we were able to hear their struggles and give a compassionate voice to what the community saw only as a problem to get rid of. As a result, girls have been transformed by the power of God and rescued from an abusive life. Whether its low-income seniors, youth, single mothers or the homeless, when churches become a voice for the poor and marginalized, it brings compassionate solutions.

THEIR FAITH - James 2:5 says, “Has God not chosen the poor in this world to be rich in faith”.

Sharing stories about the faith of the poor gets people’s attention more than anything else in our ministry. It’s that faith that moves the heart of God to bring in resources to meet the extremely high flow of needs. When we signed a deal to purchase the Eastside Church in a poor part of Calgary, we had no money for the 1.6 million dollar purchase price being asked. The congregation was made up of mostly poor and working poor, but they were so excited about the possible purchase that they simply believed they were going to get it. After receiving an offering from the congregation of $700, in the natural things did not look good, but because of their faith I believe God moved on the hearts of the affluent and they met that need. In the next three months, $900,000.00 came in from outside sources making it possible to buy the church.

“...when churches become a voice for the poor and marginalized, it brings compassionate solutions.”

THEIR FUTURE - Matthew 25:31-46 If you want to have the best future as a church, include the poor in your vision.

How we treat them is a reflection of how we treat Jesus. A church vision that includes the poor releases the Luke 4:18 anointing that I will paraphrase as, good news for the poor, freedom for prisoners, sight to the blind, freedom for the oppressed and a place where the poor can feel God’s favor. 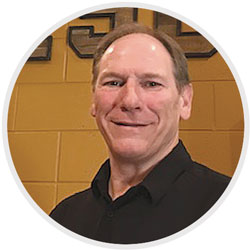