This movement was birthed in revival and it will finish in the greatest revival this world has ever known, ending this present age with the rapture of the church. (I Thes 4:13-18)

Prophecy Reveals Potential And Releases Creativity And Power To Fulfill The Assignment!

The potential of this movement has been revealed to us prophetically many times. We have embraced a vision that contains within it the ability to reach every, tribe, tongue and nation with the Gospel of Jesus Christ. The legacy being passed on to our descendants is a multi-generational, Christ-centered movement; full of zeal for God, bold vision, and daring faith!!

Many things took place during the 40th Anniversary celebration. Hazel and I were released from the daily operations of Victory Churches of Canada. Which we have turned over to a proven, tried, and tested Canadian Board of Directors. All of these directors have been with us for at least twenty years. All seven are district overseers of regions of churches. Most of them are still pastoring great churches themselves, which enables them to stay in touch with what pastors go through and stay up to date with new and improved ways of doing things. They will choose out a National Chairman, from among themselves, on a four-year basis.

“Prophecy reveals potential and releases creativity and power to fulfill the assignment.”

Hazel and I have moved up to Victory Churches International to focus more on the national and International side of this multi-national movement. Dr Hazel has turned the missions team for Canada over to a new leader and will work with me on the Victory Churches International team.  Hazel started the missions program for Victory some 35 years ago and we are now in around twenty-six nations under her leadership with Church Planting Movements, Victory Bible Colleges, Orphanages, Feeding Programs, Christian Schools and much, much more.

The Victory Churches National and International Headquarters, in Calgary, is being supernaturally strengthened and empowered. The whole movement is moving into the ‘fast forward’ mode. Time to fasten your seat belts and get ready for the ride of your life. A very exciting time indeed!

Yours for the remainder of this prophetic journey, 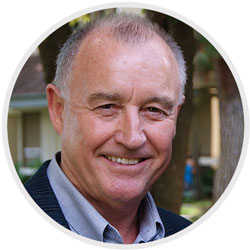 DID YOU KNOW:  VICTORY CHURCHES WAS FOUNDED IN 1979-IS NOW IN 28 DIFFERENT NATIONS-AND HAS HELPED MULTIPLIED TENS OF THOUSANDS OF PEOPLE ACROSS THE GLOBE THROUGH THE PLANTING OF CHURCHES, ORPHANAGES, BIBLE SCHOOLS, SLUM SCHOOLS AND MORE!